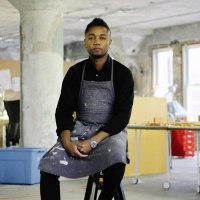 Marshall Brown is a licensed architect and urban designer. Brown is a Graham Foundation grantee, and represented the United States at the 2016 Venice Architecture Biennale. He has also exhibited at the Arts Club of Chicago, the Museum of Contemporary Art Detroit, and Western Exhibitions. In 2016 he appeared in the PBS documentary “Ten Towns that Changed America.” Brown was a 2010 MacDowell Fellow, and also the first Saarinen Visiting Critic at the Cranbrook Academy of Art. He received his Masters degrees in Architecture and Urban Design from Harvard University where he won the Druker Fellowship for urban design.

Marshall Brown is also an Associate Professor at the Princeton University School of Architecture where he directs the Center for Architecture, Urbanism, and Infrastructure. His teaching and research add tremendous value to his practice. Brown has served on the editorial board of the Journal of Architectural Education, is a board member of the Arts Club of Chicago, and has lectured at the Chicago Humanities Festival, University of Michigan, Northwestern University, the Graham Foundation, Auburn University, the University of Toronto, and Harvard University. His projects and essays have appeared in several books and journals, including The New York Times Magazine, Metropolis, The Architect's Newspaper, Architectural Record, Crain's, The New York Daily News, Art Papers, The Believer, and New Directions in Sustainable Design.